Did this International Hotel Chain fail in Real-time Reputation Management?

Most of us, saddled with the burden of grocery shopping, roam the aisles of the supermarket looking for discounts and offers. We mourn the rising prices of onions and bananas and blame the government and global warming. Yet, we don’t often question any hospitality business for charging us exorbitantly for squeezing a lemon into cooled soda water.

On a dull, normal day at JW Marriott in Chandigarh, their celebrity guest actor Rahul Bose threw a videoed fit on Twitter, over the price of Marriott’s bananas. And like all good fits and tantrums, it went viral on Twitter, attracting a lot of interest and many comments and reactions.

You have to see this to believe it. Who said fruit wasn’t harmful to your existence? Ask the wonderful folks at @JWMarriottChd #goingbananas #howtogetfitandgobroke #potassiumforkings 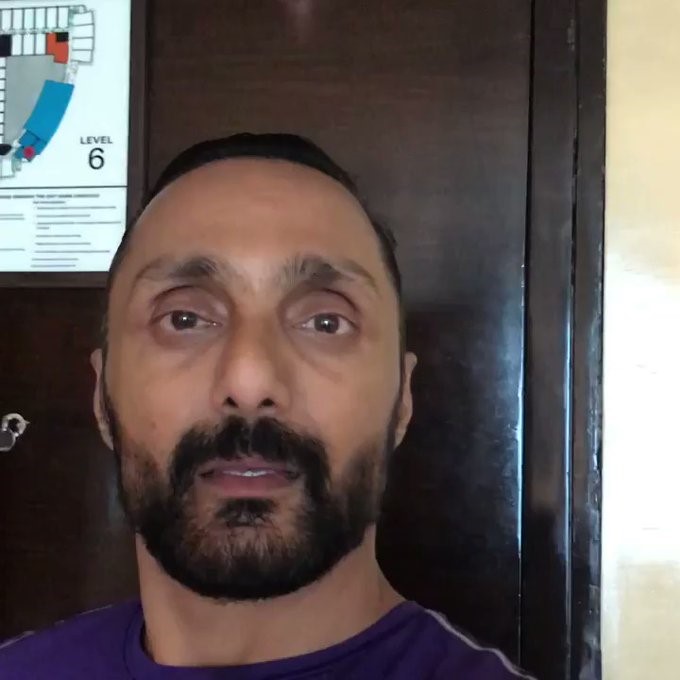 As with every issue, the responses from Twitterati were mixed, throwing in an abnormal amount of advice, sympathy, ridicule and even complaining about their unhappiness. Some turned against the actor and lamented over what they paid for a movie of Rahul Bose in a multiplex (implying that they didn’t like and would have liked to get a refund on it) as well as the price of popcorn in theatres! Some even told him to grin and bear it because that’s what 5-star hotels do.

For the 5-star hotel, serving two bananas priced at Rs.442.50 plus GST must have been a routine affair. After all, 5-Star hotels are text-book standard examples of conspicuous consumption at its best (or, worst) depending upon which side of the fence you are on!

Some blamed both parties, in a way.

Yet others found the whole issue funny and worthy of a good laugh.

It must be noted that many were completely and specifically upset with the JW Marriott in Chandigarh and mentioned their own personal experiences, sharing pictures of their own and supporting the actor’s stand. Some wanted other, better hospitality chains to be patronized instead of JW Marriott. Some promoted the idea of staying with national hospitality chains and shunning International hotels like Marriott, bringing in the low wages they paid to their staff into the equation.

In case the allusion escaped you, Section 420 of the Indian Penal Code is about punishing cheating and dishonesty! 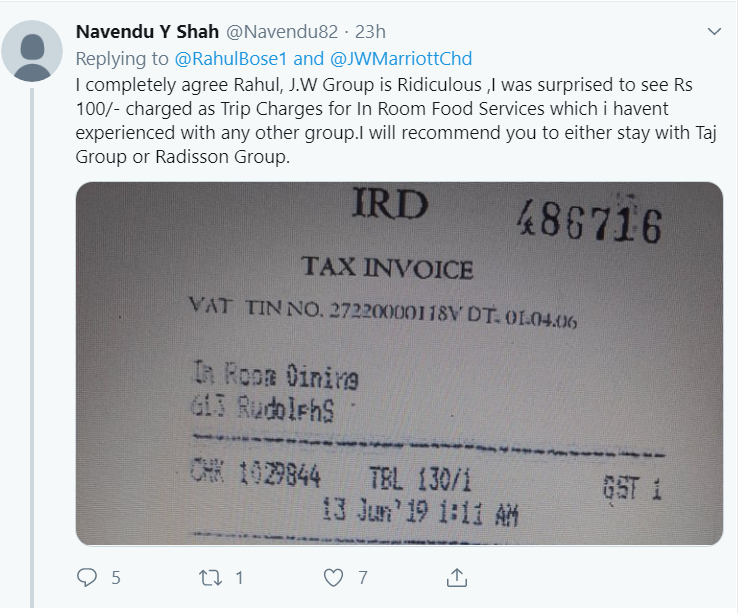 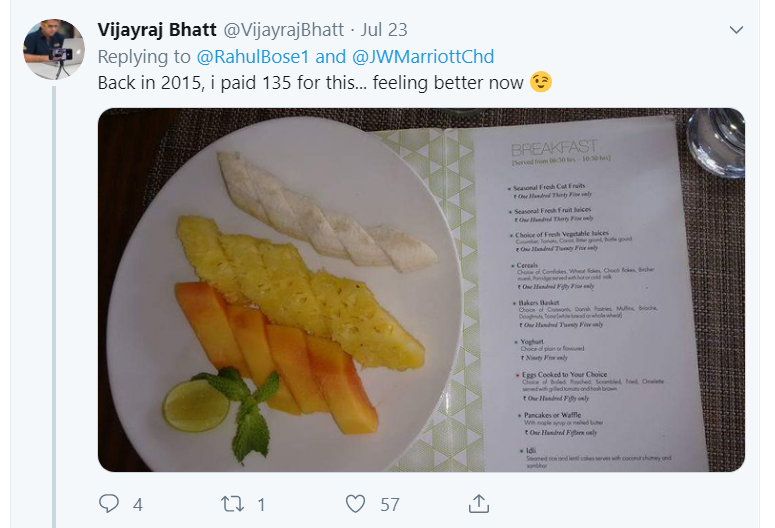 Special mention went to the ‘5-Star attitude’ which makes you feel unwanted or cheap, the minute you bring up the price of anything! 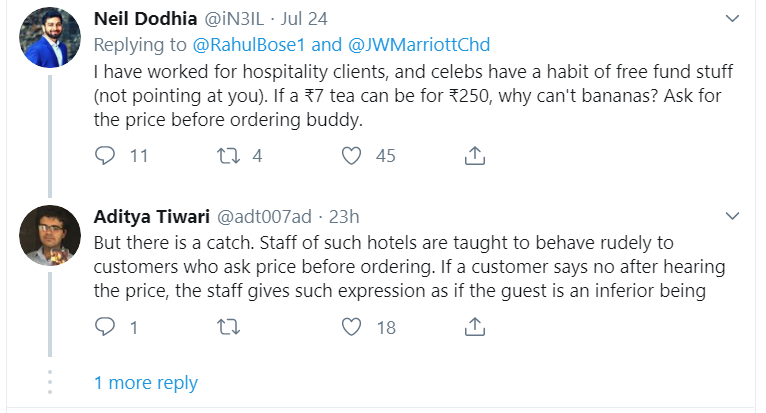 Some questioned the charging of GST on the bill, rather vehemently.

Some worried about how the farmer who actually grew the banana didn’t get a fair share of the price.

The storm also tried to swamp Starbucks in its wake.

Some others saw a business opportunity!

Even as the storm raged, JW Marriott Chandigarh was conspicuously silent. The hotel in question has an exclusive page on Twitter but does not seem to have anything to offer or say on this whole issue. For all we know, they may not even be aware that Rahul Bose has sparked interest not only in the Twitterati but also from some TV channels which have picked up the story and are running with it, as we speak. Only time can tell what its effects on their business would be. But there’s no doubt that being oblivious to social media comments is definitely not going to help any business, anywhere in the world. 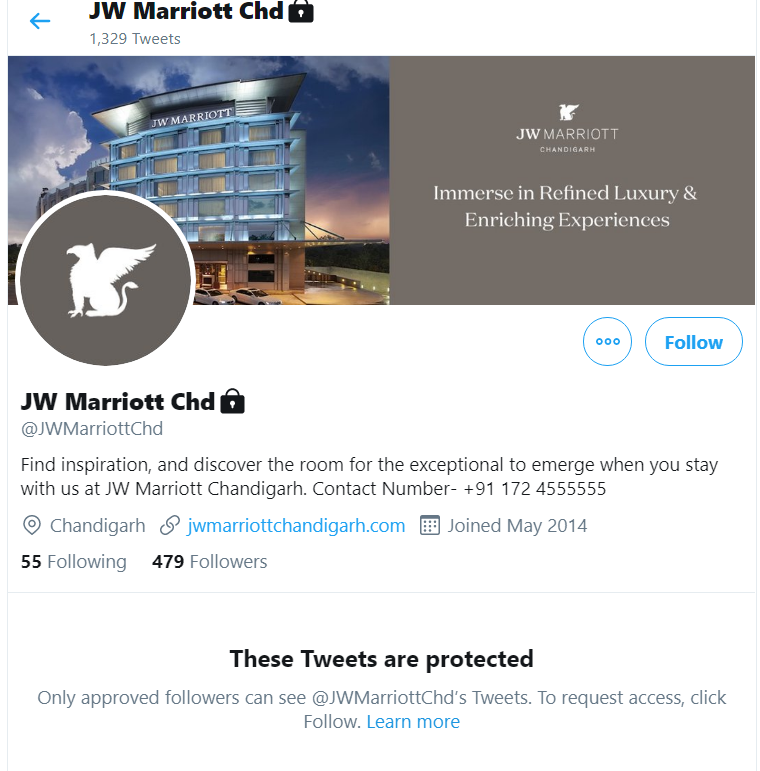 As we have said time and again, organizations big and small need to have systems which make them aware of the mentions on social media, in real-time. Nothing can ensure reputation management better than employing a social listening tool!