Listening to what the Internet said on World Mental Health Day

Our world is a curious place and the people around us are beset by many problems. One of them is the growing number of people falling prey to mental health issues. This World Mental Health Day, we decided to take a peek at the discussions happening on the Internet to get an idea of how the public engages with the issue. If it is still considered a taboo, whether the awareness is spreading and whether there is more acceptance. According to the National Institute of Mental Health, one in every five people suffers from mental illness in the US. Despite the numbers being this scary, people are afraid to speak out about their discomfort because of the fear of being judged. This year, the day was dedicated to increasing the focus on suicide prevention and building awareness against the stigmatization of mental health.

We found that women talk more freely about mental health on social media; when we tracked the chatter related to World Mental Health Day for over 2 weeks. Of the 15000+ comments, 60% were from female social media users. 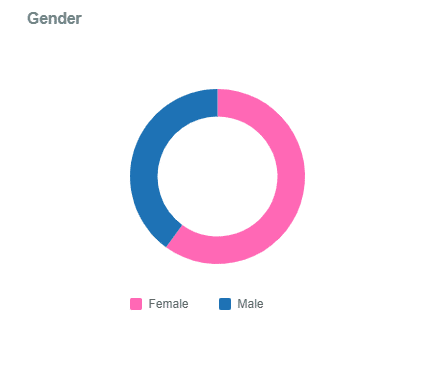 This higher number of female commentators can perhaps be a result of the fact that women are generally the guardians of a family’s health matters or perhaps because men tend to be reticent and speak less about matters which involve their emotions. We refer to the commonly held belief that ‘real men’ do not talk about their feelings or that is not masculine to be weak. This could be a reason why men do not open up about their mental health issues.

Focus on Awareness and Suicide Prevention

This year’s world mental health day posts were focussed mainly upon spreading awareness about the symptoms, suicide rates, and the prevention of suicide. 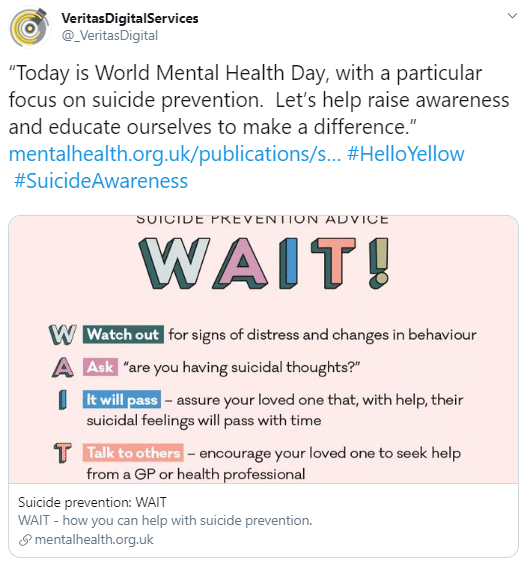 One of the opinions worthy of mention was how every day should be considered a mental health day. It should be okay for people to talk about mental issues and discomfort every day. Not just on one day in a year. 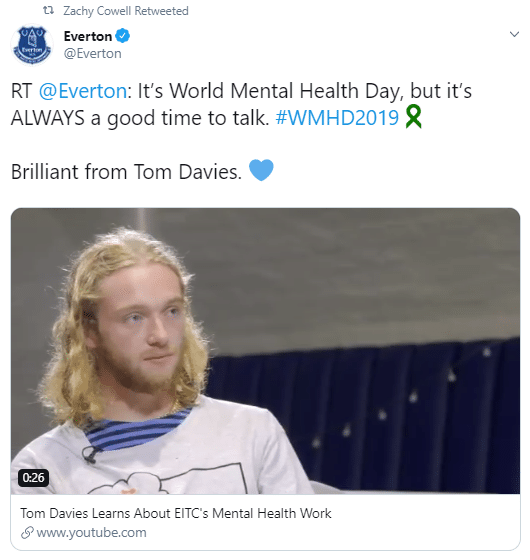 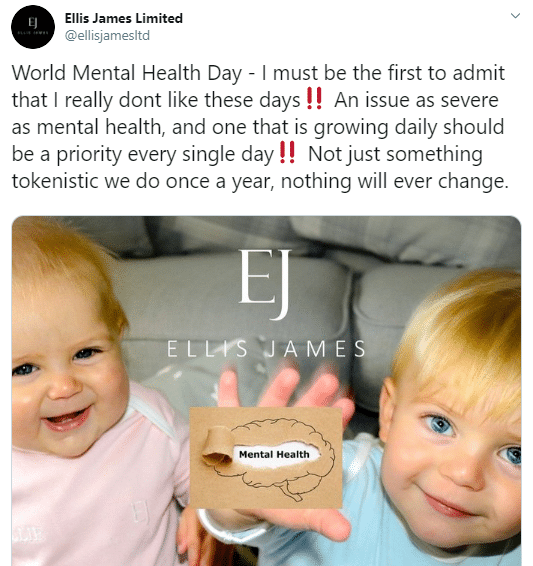 Many companies participated in spreading awareness as part of their social media campaign for the day. Stubborn Raven Publishing House shared an interesting post highlighting literary works with messages in them regarding mental illness. 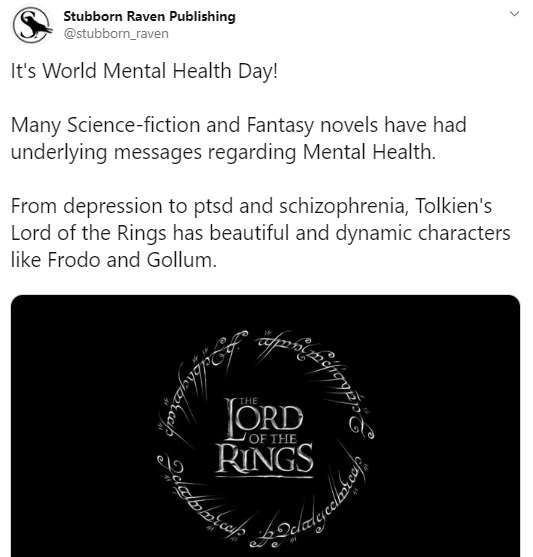 Posts that expressed negative sentiments on the topic were from Jammu and Kashmir, where the restrictions and curfews are making it hard for patients to go in for their regular reviews or obtain the necessary medications which treat their condition.  Social media posts and top retweets from social media users in Jammu and Kashmir were such complaints. These should be taken as positive developments because people are willing to seek treatment/medication and worried when they or their loved ones are unable to do so. 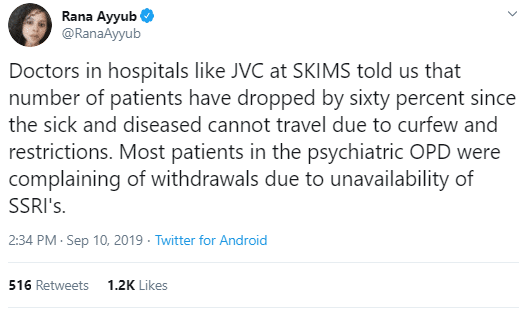 Some of the most-used hashtags on the day included:

#HelloYellow – a movement started to support children and young people’s mental health on World Mental Health Day. People were encouraged to wear yellow and make donations to support the cause.

#ItsOkNotToBeOk – This hashtag took on alongside #HelloYellow highlighting the fact that it is OK to speak about your illness/feelings. People tend to consider mental health issues to be a stigma and refuse to talk about them.

#WMDG2019 – Almost every post related to mental health on Oct 10th  used this hashtag making it one of the top trending tags.

The United Kingdom was among the top locations with the most number of mentions.

Prince Harry visited communities in Nottingham which work with mental health issues on the occasion of World Mental Health Day to make the mentions skyrocket for places in the UK. 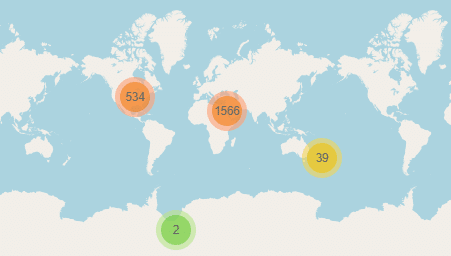 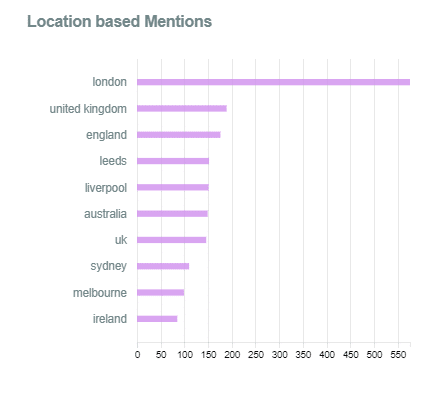 Overall, the sentiment was positive on social media. Many people shared their issues online. On the occasion of World Mental Health Day, let’s all pledge to listen carefully to the issues of our friends and family, support them in their efforts to cope with their anxieties and mental disturbances and do our bit to help save a life, perhaps.