In healthcare, “Trust” is paramount. This was something the founder of Johnson & Johnson recognized and remarked upon nearly 84 years ago, when he said that businesses had a responsibility toward society and could only build real trust by engaging all stakeholders. In the increasingly interconnected world, building and maintaining brand reputation of healthcare brands is a steeper challenge.

Why is online reputation management important for the healthcare industry?

Managing brand reputation is important for every brand. In healthcare, the need is more acute as distrust of any nature would imply a complete annihilation of the brand. Why is that the case?

As a healthcare brand manager, certain assumptions need to be made. One must assume that mistakes and oversights will happen. Also, an assumption which is valid is that disgruntled customers are more likely to vent out their feedback than customers who are happy. As a Harvard Business Review puts it, there’s a systematic problem with many online reviews — they tend to over-represent the most extreme views and what we usually get is a diatribe! A third assumption is also important – in this interconnected world, complaints and concerns are more likely to appear on social before they make it to mainstream media.

Can we learn from these cases where healthcare players managed their reputation, over the years?

Ask anyone. Pride of place for facing reputation crises goes to J&J for the way it masterfully managed its Tylenol crisis (which spawned multiple business school case studies) in 1982 and of course, the 2018 asbestos-in-baby-talc crisis which is also a full-blown crisis, but we can see that the stock price is showing signs of recovery, already. 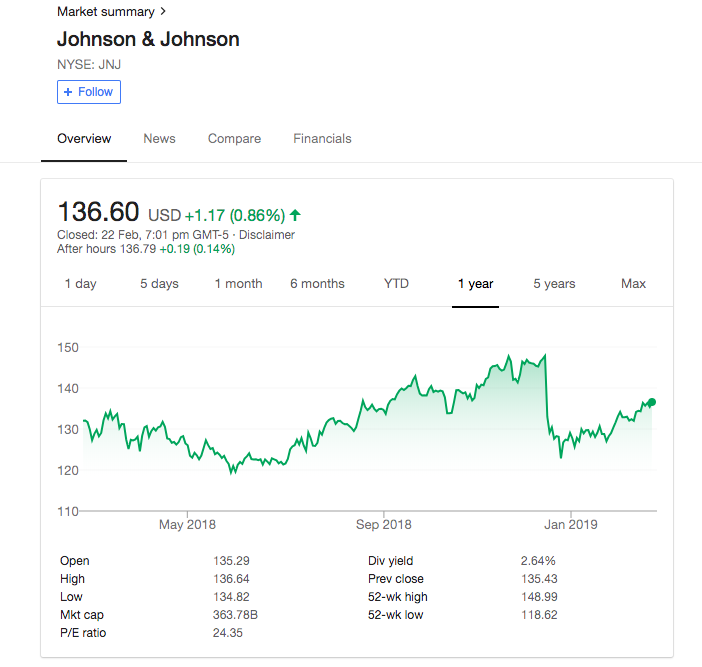 Johnson & Johnson’s Tylenol commanded a 35% share of OTC analgesics in the USA, pulling in 15% of the company’s profits in ‘82. Saboteurs laced the tablets with cyanide, causing 7 deaths, and $1bn drop in share price for J&J, drop in market share to 8%, lost production and destroyed goods. The company recalled 31 million bottles of Tylenol, worked hard to make the packaging tamper-proof (using features which became industry-standard since) winning the trust of old consumers again and actually onboarding new ones. Their quick and decisive action, willingness to incur $100 m. more in costs and how they communicated ironclad pledges to protect customers were the stuff of legend. Cut to the recent allegations of knowingly ignoring the presence of asbestos in baby talc. Since the matter stands subjudice, we shall await further developments on how, when (and if) they recoup and return to business as usual.

When the medical records of former Manchester United manager Six Alex Ferguson were illegally accessed by some of the staff without a clinical requirement to do so, at the Salford Royal Hospital, the hospital initiated investigations against three staff members for an information governance breach and issued an unreserved apology to the patient and their family with promises to keep them updated as the investigations progress. The manager actually thanked the staff at Salford Royal publicly.

Imagine a 77-year-old war veteran with significant medical issues being left on a gurney in the hallway of a hospital for 5 days because the hospital was unable to cope with high patient volumes. This happened at Victoria General Hospital and gained a lot of publicity thanks to the tweets of the patient’s son Darren Laur, a retired staff sergeant with the Victoria City Police Department, saying ‘My dad is a symptom of a broken medical system.” The hospital apologized, moved him to a room, and promised to set up a procedure to ensure that such hallways stay are limited in future.

Laura Levis died of an asthma attack, feet away from a locked emergency room outside Somerville Hospital, trying to get help. The Hospital, Cambridge Health Alliance and the emergency medical response infrastructure were called out on a number of failures like unnecessary communication errors, overburdened staff with training issues, a lack of fail-safes, adequate lighting, proper signage, locked doors along with transparency and accountability. As 911 and the fire department struggled to locate her, the police called a nurse, who opened the locked door – with an unconscious Laura on the other side- but failed to locate Laura in the low lighting. Others found her three minutes later but she couldn’t be revived.

Finally, the hospital and the Cambridge Health Alliance met the husband and apologized and promised not only to improve their processes but also communicate the insights they derived from this, to the other hospitals in the country. The family waited for this apology for over two years and accepted it as sincere enough, but the world can see that it came only after the Boston Globe ran her husband’s account of the events.

Radonda Vaught, a (former) nurse for Vanderbilt University Medical Center in Nashville, Tennessee, administered a fatal dose of paralyzing anesthetic in the place of a routine sedative to a 75-year-old woman in late 2017, after overriding system safeguards. The Center tried to cover up this incident, probably looking upon it as an inadvertent error but it jeopardized its Medicare status. The hospital’s reputation doesn’t appear to have suffered any serious consequences, as people seem to recognize that the fault was an individual’s mistake rather than the institution’s fault in anyway as the nurse at fault actually overrode the safeguards when she made the mistake, which was almost immediately caught by an alert colleague.

Sometimes a situation may prove beyond redemption, as with Hacienda Healthcare, Arizona which just closed down its 60-bed intermediate care facility. It was unwilling to continue operations after a 29-year old patient – in a vegetative state – gave birth to a child on account of sexual abuse from a licensed practical nurse at the center. After two doctors and the CEO quit, the non-profit company decided that patient safety is best served by closing down operations but drew criticism for not opting to increase oversight and set better checks and balances.

A gynecologist found an anonymous negative review posted online by someone claiming that a procedure he did caused harm to them. Knowing that he never performed such a procedure, the doctor replied, challenging the person to talk to the hospital directly. Then, the posting just vanished. The site reached out to the doctor and offered a reputation management tool which would allow him to hide up to three comments from public view for a higher fee and to get his name to pop up on a competing doctor’s page! Which, shockingly, translates to mean that a doctor with a real misdemeanor, like sexual misdemeanor, against him would be able to have a sterling online reputation as long as he pays the rating site to keep it concealed.

Mount Carmel Health System, Columbus, Ohio attracted 19 lawsuits over wrongful deaths which resulted from the actions of its Dr. William Husel who ordered potentially fatal medication for about 34 patients.  Mt. Carmel apologized publicly for not putting the right processes in place to prevent such events of involuntary euthanasia, fired the doctor and fired or suspended about 20 other employees for not exercising their right to question the doctor’s actions.

Some American scientists as well as the Massachusetts-based biotechnology giant Thermo Fisher were involved in the Chinese government’s plan to persecute the Muslim population of Uighurs in the Chinese region of Xinjiang. While the scientists provided the knowledge and additional genetic material needed for China to collect biometric and genetic data pertaining to all these people, Thermo Fisher supplied the DNA sequencers needed for this project. The company’s initial response to human rights groups who question this was that “it is not possible for us to monitor the use or application of all products we manufactured.” But the issue snowballed with the Senator for Florida calling for action against the use of American technology in human rights violations by the Chinese authorities. Thermo Fisher has just changed its stand to say that it had taken account of “fact-specific assessments,” and that it recognizes “the importance of considering how our products and services are used—or may be used—by our customers.” Further developments are awaited.

Anyone can be rated or reviewed online, and the reviewer may or may not reveal their identity when doing so. These reviews and comments will stay on the Internet forever and will only need a little digging to be revealed. There are agencies which provide services which promise to improve one’s rating. Ultimately, all that matters is how one accepts the feedback and modifies one’s actions suitably to convince the world that they didn’t deserve such a review or that they have learned their lesson from it.