The social media is abuzz with chatter about many of the recent happenings, like the anti-abortion laws, Indian elections, Brexit and so on. We at GenY Labs decided to pick up something for the sports enthusiasts. We listened to the social chatter around the keywords ‘CWC19’and ‘ICC Cricket World Cup’, and our found feed overflowing within just 10 days.

In just 10 days, the event has mustered over 17874 mentions. The cricket world cup of 2019 is the twelfth edition of this international tournament. This year’s tournament started on 30th May and ends on 14th July. CWC 2019’s number of participating teams has seen a decrease from the previous world cup where 14 teams took part. The 10 teams taking part this year are New Zealand, England, India, Australia, West Indies, Sri Lanka, Pakistan, Bangladesh, South Africa, Afghanistan.

The public seems divided in its opinion, some positive, some negative yet a majority have tweeted with neutral sentiments.

The masses seem to be put off mainly by the unprofessional umpiring and pouring rain at match venues. 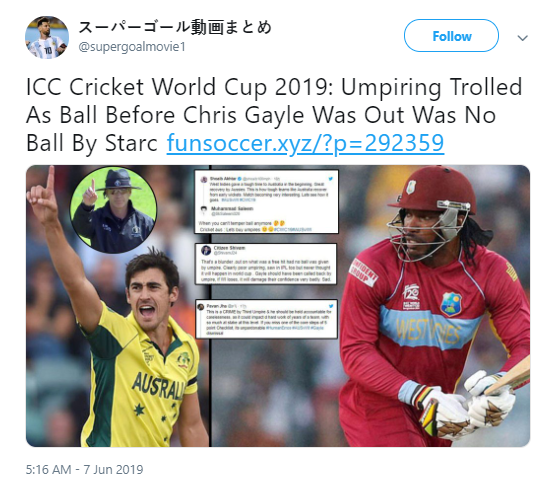 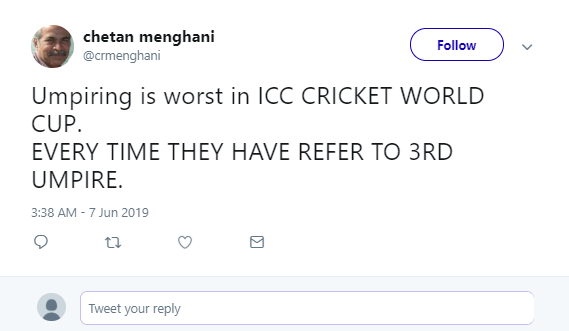 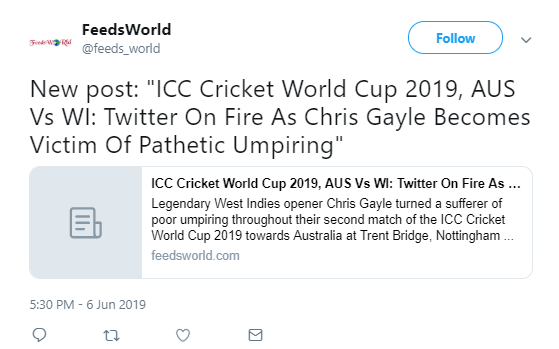 Amidst all the irritation caused by poor weather and poor umpiring standards, Indian Cricketer and the captain of the Indian Cricket team – Virat Kohli could receive heaps of appreciation for his act of true sportsmanship. Everyone was impressed at how he urged all the Indian spectators at The Oval to quit booing Australian cricketer Steve Smith and clap for him instead. 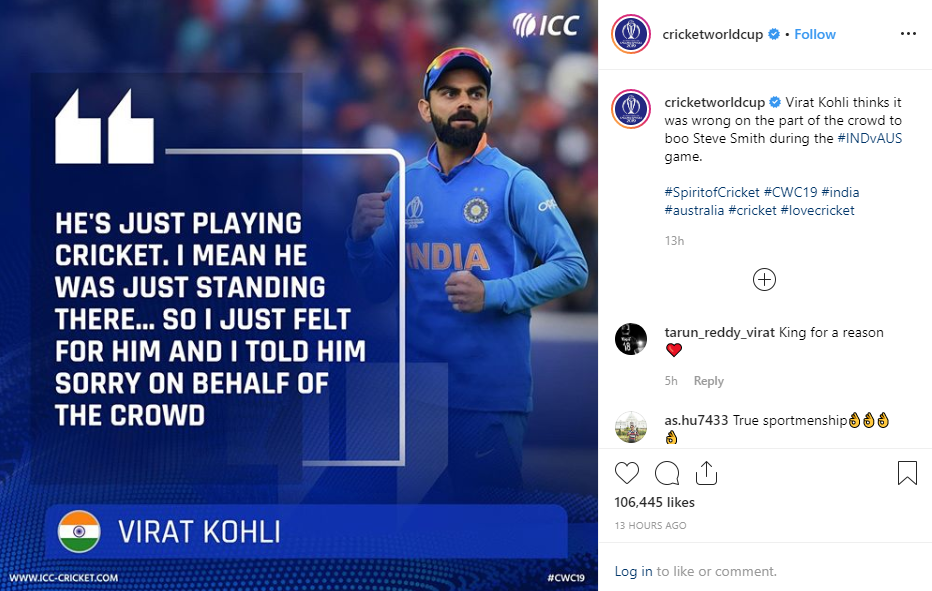 The Nitty Gritty of this year’s Cricket World Cup

Besides tracking the comments online and the attached sentiments, we also looked into the details. Geographically, London is where the event is being most discussed. 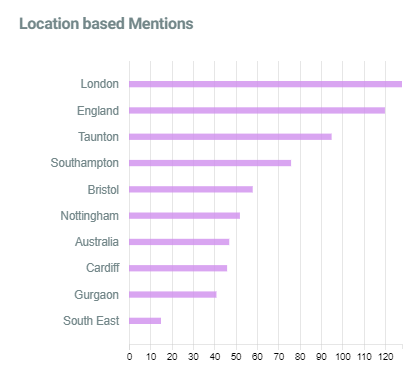 When we zoomed in, we found that these were the locations where the chatter was being generated. 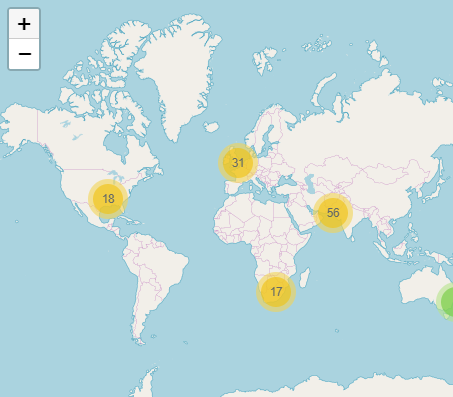 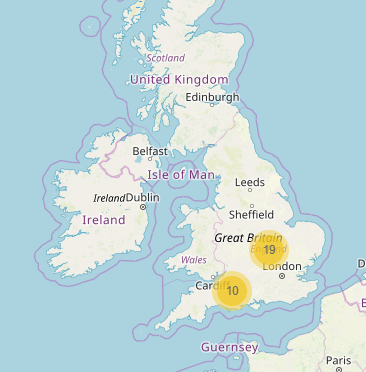 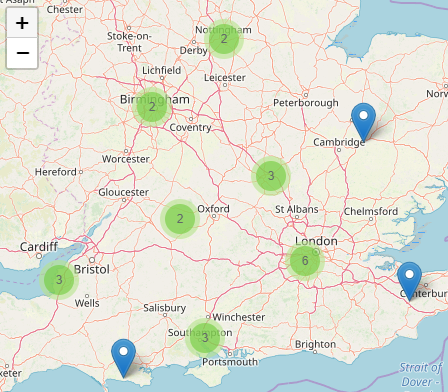 Who Spoke about CWC Online?

German football player-Thomas Muller, ex Australian cricketer-Adam Gilchrist, Indian movie star-Preity Zinta and many more have tweeted with much zeal (and nostalgia too at times). 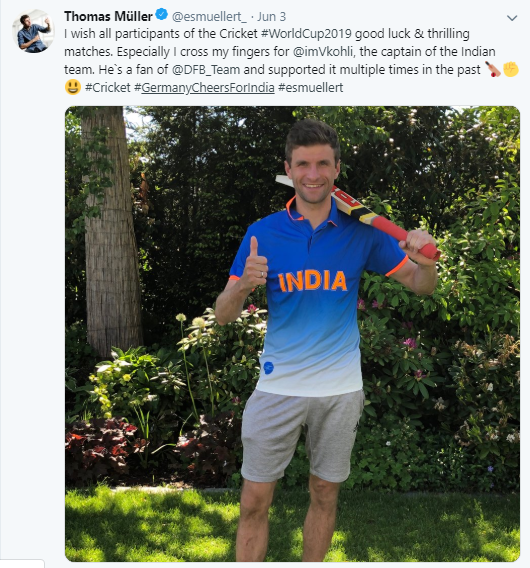 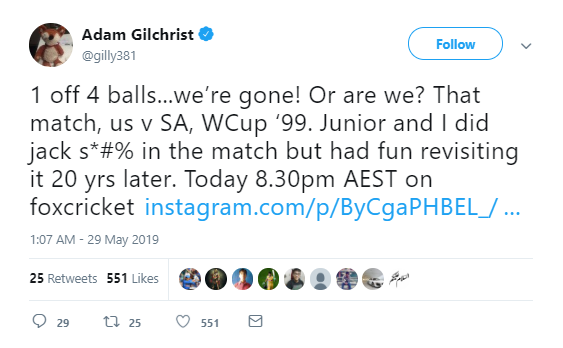 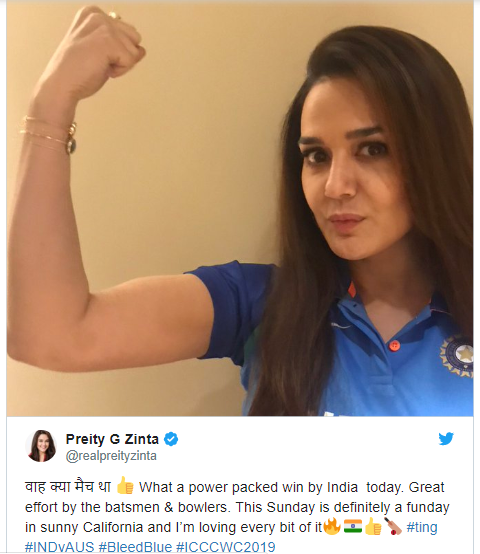 Bloggers took this opportunity to advertise the country’s food for the visitors. 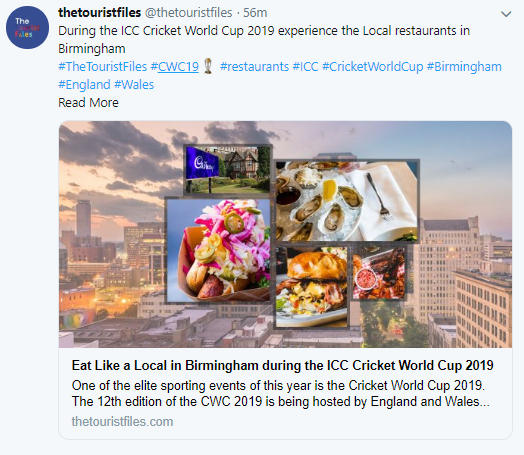 The topics that are trending are shown in this word cloud: 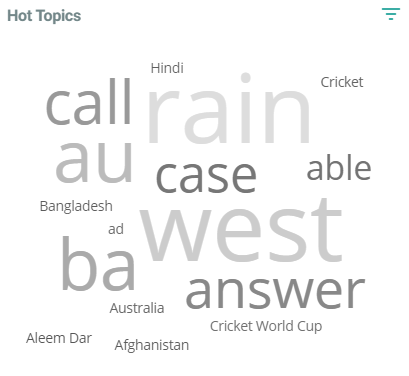 The ICC world cup final match between New Zealand and England was quite an event. The World seemed glued to the screens, betting over and praying for their preferred teams. We tried to get this blog updated from last time with the details from last night’s match.

The World’s three most discussed sports events went on alongside – ICC World Cup, Wimbledon, and F1. With over 18000 comments coming in just a couple of hours (and this was only for the keyword “ICC World Cup 2019”), the Internet broke last night. News channels and even the official pages of Wimbledon and ICC found a comic way to talk about this online. 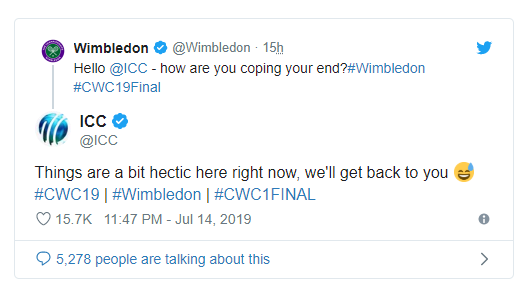 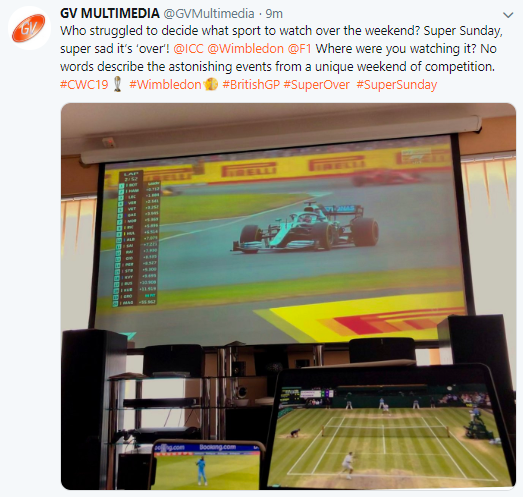 The sentiments around the final match for the cricket world cup though were quite interesting. There was quite some support for New Zealand and many viewers felt it was not right to have the count of boundaries as the winning criterion. However, with England winning their maiden cup, the people seemed to be excited and happy about having a new champion.

One of the most influential profiles to post about the event was ESPN. Besides the regular updates, ESPN cracked some lighthearted jokes about the win too. At one point, they congratulated the Aussie coach (of England’s team) on having won the world cup because the Australian team could not make it to the finals. 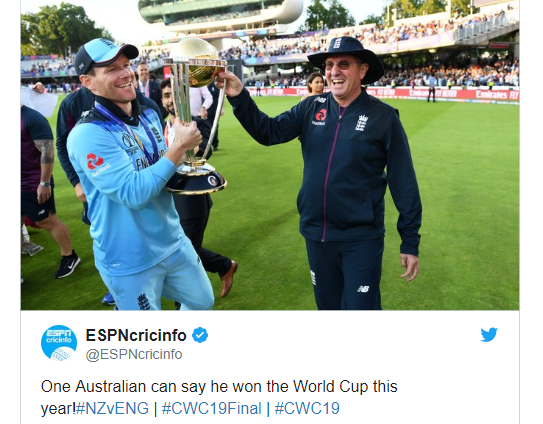 To conclude, the entire period and all the 48 matches have been quite thrilling,  especially for us. We had missed a lot of details while watching the action on the screen, which social media chatter kept informed us about. As informative and exciting as this event has been, we congratulate Eoin Morgan’s men for their epic win and look forward to more such events to cover.